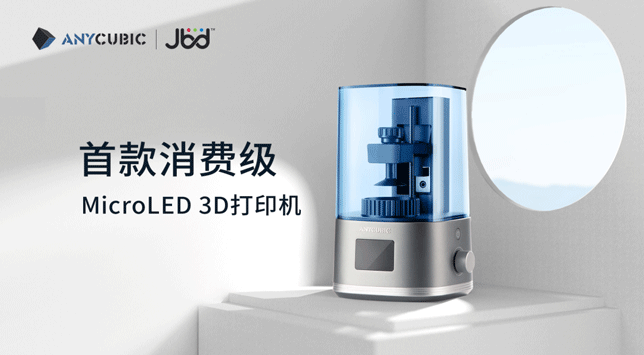 Anycubic, the famous consumer-grade 3D printer brand, displayed its MicroLED 3D printer prototype developed in cooperation with JBD at its 7th Anniversary product launch event. Anycubic made some changes to the concept design announced in July but the final prototype retained its original features of high accuracy, low- energy consumption, a long lifespan, and pocket size. The MicroLED 3D printer prototype proved that the two companies successfully applied the MicroLED technology to 3D printing, and it would set a new standard for the portability of 3D printing.

The MicroLED 3D printer works similarly to DLP 3D printers. The difference is the light source. DLP 3D printers use a digital projector screen to flash an image of a layer across the entire platform, curing all points simultaneously. But the MicroLED 3D printer uses a MicroLED display from JBD to project a pattern and print the whole layer at once. The imaging & the light source of the machine is a dot matrix made of over 300,000 MicroLEDs. Each MicroLED dot or pixel is self-emissive and can produce UV light with excellent uniformity. After the correction and collection from the optical lens, the UV light will be projected onto the bottom of the resin vat directly. The image is then printed layer by layer. Since the size of each pixel in the image projected by the 3D printer is only 10μm, the MicroLED 3D printer will open up the possibility of printing miniature and microfluidic models. 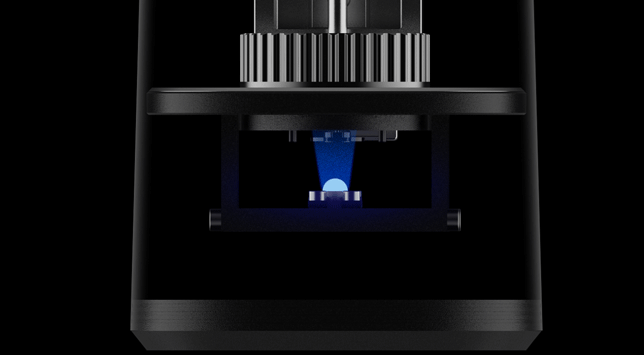 The explanation of the JBD’s MicroLED Technology:

JBD's MicroLED is an emerging flat-panel display technology and serves up ultra-high brightness, high contrast, high color gamut, low power consumption, etc. It is made of inorganic III-V light-emitting material LEDs and a silicon-based CMOS backplane. The crucial part of the MicroLED is the 0.13-inch ultraviolet (UV) light engine, which can contribute high contrast ratio and ultra-low power consumption to this MicroLED 3D printer.

Key features at a glance:

The focus of the JBD’s 0.3CC light engine used in the device is adjustable. It brings large elasticity to Anycubic to develop the pocket size of 105mm x 105mm x 175mm and make a breakthrough in creating portable 3d printers. 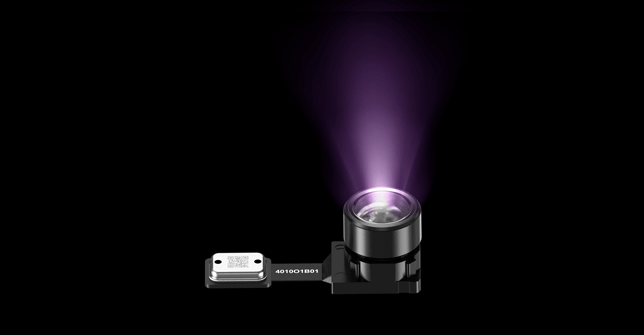 The MicroLED UV features a high pixel density (>6000PPI) display, and each pixel in the projected image is only 10 μm. It helps explore more possibilities for printing miniature and microfluidic models. 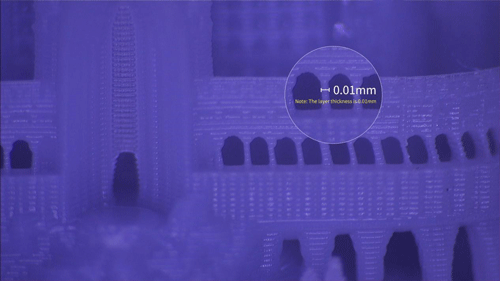 The 3D printer using the 0.3cc MicroLED optical module has a focusing function, the print format can be adjusted, and the printing accuracy can be as small as 10μm, covering a wider range of 3D printing.

Since the MicroLED is self-luminous, it allows the device to operate at only 6W rated power and dramatically reduces the energy consumption in the 3d printing process.

Anycubic is a leading company in the 3D printing industry specializing in 3D printer R&D, manufacturing and sales, providing many affordable, high-performance, and smart printers for different customers, consumers, hobbyists, schools, and product designers. Since its establishment in 2015, we have been committed to propelling 3D printing technology to enable people from all walks of life to unleash their imagination and turn creativity into reality.

Founded in 2015, JBD has been focusing on developing the smallest, brightest, and most efficient micro-display panels.  With a fab established in Shanghai CHINA, JBD is considered as one of the leaders in MicroLED display technologies with its portfolio of active matrix MicroLED displays. For more information, visit JBD's website, Linkedin or Twitter pages.

This site uses cookies to offer you a better browsing experience as well as to measure the effectiveness of campaigns and analyze site traffic. By clicking "I Accept" on this banner, or using our site, you consent to the use of cookies. Learn more